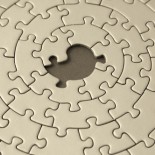 Discovering the power of good questions

What effect do discussion forums have on learning (the dark side)?

Oddly enough, the source of this post is . . . a discussion forum. It is clear evidence that I was able to use a discussion forum to dive down deeply into a topic. The citations are here because they are a requirement of the course.

My difficulty with the discussion form as implemented is that I’ve not often seen a pattern of sustained, thematic development of ideas, what Scardamalia and Bereiter (2006) called “iterative idea development” (p. 7) and what Thayer called “cumulative build-up of knowledge or consensus” (2012b).

One of the root causes is the technology. Scadamalia and Bereiter (2006) argue that “threaded discussion militates against deepening inquiry; instead, it is much more suited to rapid question-answer and assertion-response exchanges” (p. 20). The other is that “the structure of the assignments seems to increase the fracturing of the discussions, since we are all asked to post an original response to the same questions” (Thayer, 2012b).

The other issue is . . . where do the questions come from? If from the instructor, then the teacher is doing a piece of work that would be much more beneficial to the learner if they were to do the work themselves. In other words, the most meaningful questions (and the ones that are engaging) come from the learner.

A possible new approach is starting to emerge for me, based on: a) Scardamalia and Bereiter’s (2006) idea of collaborative knowledge-building discourse; b) the learning theory concept of “scaffolding”; and c) on Thayer’s (2012b) notion of a “managed multi-thread format.” Here’s  how it might work:
What do folks think?
References:
Bender, T.(2003). Discussion-based online teaching to enhance student learning: Theory, practice and assessment. Sterling, VA: Stylus Publishing LLC.
Scardamalia, M., & Bereiter, C. (2006). Knowledge building: Theory, pedagogy, and technology. In K. Sawyer (Ed.), Cambridge Handbook of the Learning Sciences (pp. 97-118). New York: Cambridge University Press.
Thayer, J. (2012a, August 21). Is writing writing? Retrieved from Moodle discussion forum.
Thayer, J. (2012b, August 20). Yikes! How to absorb more than 375 unmoderated comments. Retrieved from Moodle discussion forum.

One comment on “What effect do discussion forums have on learning (the dark side)?”

This entry was posted on August 30, 2012 by vsuter in Discussion forums, Learning, Technology and tagged co-creation, collaboration, knowledge creation.

This work is licensed under a Creative Commons Attribution-NonCommercial-ShareAlike 3.0 Unported License.